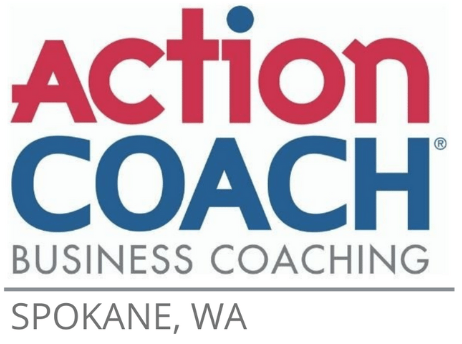 “ If I allow people to be just okay, or to be mediocre – then what I am saying is I want a company that is just okay. Anyone who knows me will tell you that is not what I am about.” -Bradley J Sugars, Founder, ActionCOACH

Having completed a Masters of Business Administration at Washington State University, Kevin successfully worked as a General Manager and Regional Marketing Manager for Taco Bell, where his region achieved the highest growth rate in the company for two consecutive years.

Prior to being chosen to become an ActionCOACH, Kevin was a Career and Executive Coach with Bernard Haldane Associates, the world’s oldest and largest career marketing and management firm. He was named “Top Ten” coach of the year in 1999 for his excellence in coaching and mentoring.

Kevin has been a Coaches Coach for ActionCOACH in Asia, mentoring 15 junior coaches in their businesses. He has also been featured on Tape of the Month, and has presented dozens of seminars for local business leaders and executives on business development topics.

Let’s schedule a Free Business Coaching session to get started.

Skyler has been with ActionCOACH Spokane since 2020. He specializes in sales and marketing. Before ActionCOACH, Skyler grew up in the Colville, Washington area. Although young, Skyler has owned 7 businesses at only the age of 28 years old. His long term goal is to not only help create better job opportunities from his own businesses, but to also help other business owners thrive so that they can create better job opportunities for the people in the Northwest Region.

Britni is the face behind the computer and she handles all things social media, graphic design and digital marketing for ActionCOACH Spokane.

Britni attended the University of Central Oklahoma for Strategic Communications and Photographic Arts. She is a motivated entrepreneur and has owned and help run multiple successful businesses in her 30 years of life.

From graphic design, web design, and social media on the computer. To interior and exterior design renovating houses. Britni loves all things that keep her creative energy flowing.

HOW IS YOUR BUSINESS DOING?

ActionCOACH has been helping people and businesses to work through these kinds of issues for almost 30 years. The knowledge and systems developed over that time have brought significant improvements to hundreds of thousands of businesses around the world.

When you’re ready to massively improve your business, your income and your lifestyle, call to arrange a complimentary consultation and together we’ll explore the possibilities for you and your business.